Shia LeBeouf To Star as Padre Pio. What Could Go Wrong? 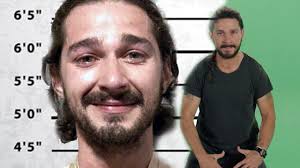 “Shia LeBeouf could be making a comeback turn.

Legendary director Abel Ferrara has exclusively told Variety that LaBeouf has come on board to play the lead role in his next feature, which centers on the younger years of Italian Saint Padre Pio. Ferrara’s regular collaborator and close friend Willem Dafoe is also circling a role in the film, according to the director.

“We’re doing a film about Padre Pio, he’s a monk from Puglia. It’s set in Italy right after World War I. He’s now a saint, he had stigmata. He was also in the middle of a very heavy political period in world history,” Ferrara said. “He was very young before he became a saint, so Shia LaBeouf is going to play the monk.”86% Users Have Too Much AccessImprove Security And Compliance By Limiting Admin Rights And Root Level AccessSponsored by BeyondTrustSEE MORE

Ferrara plans to shoot the film on location in Puglia, located in Italy’s famous heel, in late October of this year. He described the film as being “bigger” than many of his recent works, revealing that he has been working on it for quite some time, and that the addition of LaBeouf in the lead role meant the project is “all set” to shoot in the very near future.”

Abel Ferrara is the guy who directed Bad Lieutenant. I am not hopeful. I got zero hopes.