Over 60% of born-again Christians between 18 and 39 say Jesus isn’t only way to Heaven; Muhammad, Buddha also valid paths to salvation 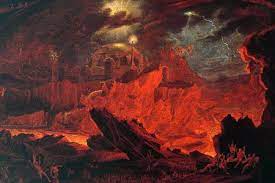 Thomas said to him, “Master, we do not know where you are going; how can we know the way?” Jesus said to him, “I am the way and the truth and the life. No one comes to the Father except through me...

Except for any other path that strikes your fancy. Totally them too.

This isn’t good. This isn’t particular to Catholicism. This is a study about evangelicals but I’m willing to bet the problem is the same or worse among young Catholics.

A new study has found that over 60% of born-again Christians in America between the ages of 18 and 39 believe that Jesus isn’t the only way to Heaven — and that Buddha and Muhammad also are valid paths to salvation, the Christian Post reported.

The outlet — citing the results of Probe Ministries’ Religious Views & Practices Survey — also said that for those in that age group, over 30% say they either believe that Jesus sinned just like other people or aren’t sure.

In addition, the Christian Post said the study shows a “striking decline” in evangelical religious beliefs and practices over the last decade. The study added that the percentage of self-proclaimed believers who now hold to pluralism has gone up.

More from the outlet:

The study, which interviewed 3,100 Americans ages 18 to 55 in 2020 and looked at various other previous studies, saw a drop in “basic biblical worldview” — God’s attributes, the accuracy of the Bible, salvation and Jesus being sinless — from 47% in 2010 to 25% in 2020 among born-again Christians.

“So, the percentage of Born Again Christians with a biblical worldview (of either type) has been cut in half over the last decade,” the study says, according to the Christian Post, adding that it compared the 18-29 age group from 2010 with the same age group 10 years later, now 30-39. “This result is a startling degradation in worldview beliefs of born-again Christians over just 10 years.”

Back to me: We’ve allowed the culture to teach (indoctrinate) our children. This is the sickness of “tolerance.” I know what some of you might be saying. Matt! How can you be against tolerance? Tolerance to what, though? Error? Evil?

We’ve mistaken “tolerance” for anything goes.

So many of the theological mistakes we make always come back to a refusal to believe in Hell. Once you cease believing that Hell may be a place where actual souls may go, what are the stakes of theological malformation? We all end up in the same place, right?

Once you no longer believe in Hell, you cease striving for Heaven.

On July 13, 1917, the Blessed Mother showed the children of Fatima a vision of poor souls falling into hell and said, “You have seen hell, where the souls of poor sinners go.”