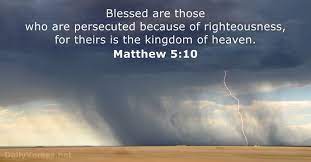 This is how the new tyranny works. They don’t have to persecute everyone. It’s actually clever. Evil, sick, and twisted but clever.

A great example is what happened to Catholic author Ryan Anderson who wrote “When Harry Became Sally.” Amazon dumped it. They didn’t dump ALL conservative books. Just Ryan’s. But the impact of that effects the entire publishing industry. What large publisher will publish a conservative book with the threat of Amazon dumping the book looming as a possibility? You see, by banning one little book they’ve accomplished their intentions because the industry itself will then censor the rest.

Look at what Kamala Harris as Attorney General did to David Daleiden, who recorded Planned Parenthood employees discussing the selling of baby body parts. Daleiden saw his house raided, he was arrested, and dragged into court which ordered him to pay massive sums of money. This is all still being played out in the courts but the mission has already been accomplished. The message has been sent: If you dare go after Planned Parenthood or Big Abortion you may have your life ruined. They just wanted the head on a pike as a message to all. Take heed. Beware!!!

“James and her two Democratic predecessors have pursued various harassment charges against Rev. Kenneth Griepp and worshippers of his Brooklyn church since 2017, going so far as to pay for and install hidden security cameras at a local abortion clinic. The impressive array of taxpayer-funded surveillance equipment, however, did not impress jurists at the Second U.S. Circuit Court of Appeals. The court unanimously affirmed a district court decision to dismiss James’s bid for a preliminary injunction against the protesters because she “failed to establish a likelihood of success on the merits as to most claims.”

“It may be particularly appropriate to reconsider whether there were violations,” the appellate court added.

Griepp, senior pastor of Church at the Rock, said the state’s lawsuit made organizing efforts more difficult because churchgoers were afraid legal action could be taken against them. Griepp said he still takes joy in counseling women outside of the abortion clinic because he knows he’s following his calling.

“The political powers have rejected God in this sphere of life,” Griepp told the Washington Free Beacon. “We rejoice in the persecution. Does that make it easier? No. But it does allow us to understand that this is part of following the Lord.”

Stephen Crampton, senior counsel for the Thomas More Society, the nonprofit religious liberty firm that represented Griepp said it plainly, “It looks to all the world that this is a targeting of pro-life activists who happen to be persistent and effective.”

Persecution through fear only works against those who fear persecution. This can only be countered by enough fearless people that their threats no longer matter. That is how Christians need to act.