Shatner Goes Up Into Space and Returns as AOC? 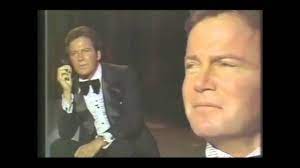 We send a 90 year old celebrity up into space. Upon his return I guess I expected some kind of poetic ode to the perseverance of man or maybe something about God’s wonderful creation. But we sent Bill Shatner up into space and he returns talking about environmental fiscal policies.

I mean, he started out ok. When he came back he said,

“I wish I had better news and more entertainment and jokes to tell you but I was moved to tears by what I saw,” Shatner said. “I come back filled and overwhelmed with sadness and empathy for this beautiful thing we call Earth.”

But then he continued.

“We’re at the tipping point, we haven’t got time to wait 30 years and argue about a few billion dollars,” Shatner said. “Burying your head in the sand another instant about global warming and the destruction of the planet is suicide for all of us.”

Shatner appeared to reference the climate change agenda in President Biden’s embattled $3.5 trillion spending bill. He also warned that if we don’t do something about the industrial pollution we will not only be stripping the planet of its natural resources, we will be stripping it of the future.

“What is tragic is if our children, especially our children’s children, don’t have a chance to be part of this beautiful thing we call Earth… and it’s just sad,” Shatner lamented.”

What? You’re sent up into the heavens to gaze upon creation. You have a view of the planet that only angels and a few brave and skilled men and women have had before and you come back telling us about a freakin’ government bill?

I guess I was hoping for more. Maybe sing/talk a few bars of Rocket Man or something. We sent Shatner up into space and he came back AOC. If you ask me, space kinda’ sucks.