I Didn’t Tell Her My Name 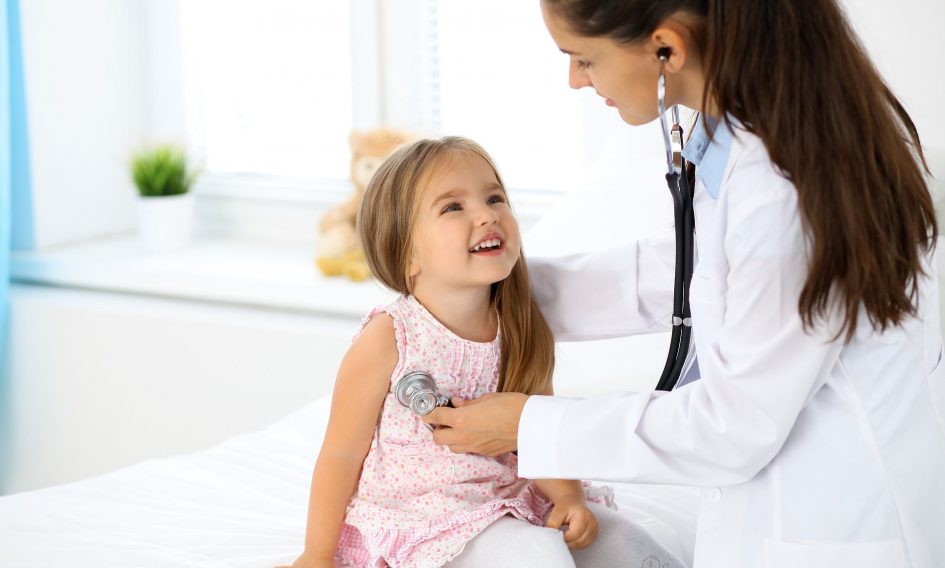 My kids had the same pediatrician for years. Their whole lives. She came in to see my first daughter the day after she was born. She was tall and angular with intense eyes. The doctor, not my daughter. My daughter was chubby and bald. She was a baby. Don’t judge.

Anyway, we went to see that doctor from then on. Five kids all through the same pediatrician. Dozens of visits. Some serious. Most not. Once, when my second daughter went through a serious bout of meningitis, this doctor was there. She game me her home phone number. Most doctors won’t do that. My daughter recovered. Another daughter had a serious bout of RSV just days after being born. That was scary. She was there. A great doctor but a really good caring person.

But here’s the thing. She thought my name was Rich. I don’t even know how it started. I’d take the children in and at some point it got in her head that my name was Rich. So she called me Rich which is what you do when someone’s name is Rich but not often when their name is Matt. By the time I was already two kids in, it was too awkward to correct her. We’d been through meningitis and RSV together. Introducing myself would’ve just made her feel foolish and I didn’t want that.

So I was Rich. I was cool with that. The kids would joke about it now and again on the way home from the doctor. They’d call me Rich. It was funny.

One time I brought my youngest in for her checkup and I’m sitting in there and the doctor is going through the checkup and asking about my other children. We’d laugh a lot and she enjoyed college basketball and we’d talk about Saint Joe’s team because that’s where I’d graduated from and Villanova’s team which she rooted for and she’d tease how her school had just won a national championship. Just fun stupid stuff.

Anyway, one of the nurses who had been there forever walked in to drop off some paperwork and as she’s walking out she offhandedly said, “Bye Matt.”

Whoops. She looked at the nurse and then back at me. My daughter’s eyes went wide as if she’d been caught doing something terrible. I probably had the same look on my face. The doctor looked at me and she said, “Wait, your name is Matt?”

I mumbled something and nodded.

She sat back on her little circular stool, exhaled, and said, “All these years I’ve been calling you Rich and you never corrected me.”

I felt my face blush like I was back in school and being scolded by the teacher. But wait, I didn’t do anything wrong here. She had the name wrong, right? Somehow, I’m the jerk?

She forced a smile but I could tell I’d hurt her feelings. What had been a joke suddenly was at least semi-serious. She was nice the rest of the appointment and as she left she stressed her words and said, “Bye MATT.”

But I thought about it. I even told the story sometimes to friends and we’d laugh. People would laugh and ask why I hadn’t corrected her and I guess it’s true that it didn’t mean a whole lot to me. But it wasn’t true. I appreciated all she’d done for my children over the years. She was a part of our lives. An important and consistent part.

When the kids temperature reached 103 degrees we called her. When we worried about medicine interactions we called her. She was great. And I thought it was funny she didn’t know my name.

I thought about it recently and realized that I sometimes do that. I’m happy just skimming across the surface of other people’s lives. It’s easier. You’re in. You’re out. There’s no diving into the depths. Nothing is expected from me. I do that. A lot.

But that’s not what we’re called to do. We are called to love. “Above all, love each other deeply, because love covers over a multitude of sins.”

Anyway, shortly after that happened, I heard my child’s doctor passed away. Cancer. She’d always been so thin and her eyes always a little sunken. I hadn’t even known she was sick. And honest to goodness I had to the gall to wonder why she hadn’t told me. Can you believe it? Me, who hadn’t even bothered to give her my name wondered why she hadn’t told me she was fighting cancer.

I don’t want to skim anymore.