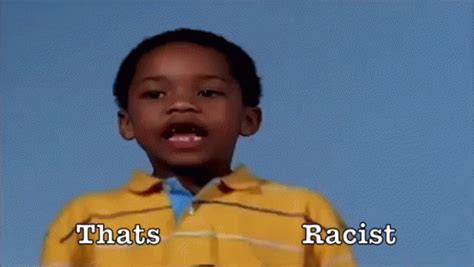 Of course it it.

“When the pandemic swept across the country in the spring of 2020, many parents turned to home schooling.

Others wanted or needed to have their children in physical classrooms. In many parts of the country, private schools stayed open even as public schools moved largely online. Because many parents were working from home, they got a historically intimate look at their children’s online classes — leading to what some advocates for evangelical schools call “the Zoom factor.”

“It’s not necessarily one thing,” said Melanie Cassady, director of academy relations at Christian Heritage Academy in Rocky Mount, Virginia, about 25 miles southwest of Smith Mountain Lake Academy. “It’s that overall awareness that the pandemic has really brought to light to families of what’s going on inside the schools, inside the classroom, and what teachers are teaching. They’ve come to that point where they have to make a decision: Am I OK with this?”

Christian Heritage Academy had 185 students at the end of the last school year, and 323 this fall. Blueprints for a $10 million expansion project now hang in the school’s entryway.

“It has been absolutely shocking,” said Jeff Keaton, the founder and president of RenewaNation, a Virginia-based conservative evangelical organization whose work includes starting and consulting with evangelical schools. One of his brothers, Troy Keaton, is a pastor and the chair of the Smith Mountain Lake board.

In Virginia, much of the recent controversy has focused on new standards for teaching history, including beefing up Black history offerings. Starting next summer, public-school teachers in the state will also be evaluated on their “cultural competency,” which includes factors like using teaching materials that “represent and validate diversity.” School districts have also grappled with new state guidelines this fall on transgender students’ access to bathrooms and locker rooms of their choice, and rights to use their preferred names and pronouns.

“Of course we do not teach CRT,” said Jon Atchue, a member of the school board in Franklin County, Virginia, adding that teaching about historical injustices is not the same thing as Marxism or critical race theory, which is an academic framework for analyzing historical patterns of racism and how they persist. “It’s a windmill that folks are fighting with.” Atchue emphasized that he was speaking only for himself, not the board.

Jeff Keaton called this period “the second Great Awakening in Christian education in the United States since the 1960s and ’70s.”

That previous “Great Awakening” was spurred by a number of factors, starting when white Southern parents founded “segregation academies” as a backlash to racial integration created by the Supreme Court’s 1954 ruling in Brown v. Board of Education. Other Supreme Court rulings on school prayer and evolution in the 1960s, debates about sex education, desegregation busing, and fears of “secular humanism” in the 1970s contributed to the alienation of many white conservatives.

Before the pandemic, private school enrollment overall had declined gradually since the turn of the millennium, while the subset of non-Catholic religious schools held steady, suggesting that the recent growth in conservative evangelical schools is a distinct phenomenon rather than part of a general retreat from public schools.

Today, some schools — generally newer and smaller — advertise themselves directly as standing athwart history. “Critical Race Theory will not be included in our curriculum or teaching,” promises a new school opened by a large church in Lawrence, Kansas. “The idea of gender fluidity has no place in our churches, schools or homes,” the headmaster of another new school in Maricopa, Arizona, writes on his school’s website.

But most schools do not make such overt references. “They use words like alternative or Christian or traditional,” said Adam Laats, a historian at Binghamton University.

Conservatives reject comparisons between their opposition to critical race theory and the desegregation backlash of the last century. “I don’t know a single school that even comes close to promoting that kind of concept,” Jeff Keaton said. “What they don’t like is critical theory, where they pit kids against each other in oppressed and oppressor groups”.

Good to see the NY Times isn’t branching out into new territory. Same playbook. Anything that resists or pushes back against the leftist agenda must be “racist.” These people are looking to do right by their children. They’re not again words like “inclusion” or “diversity.” That’s ridiculous. They’re against the weaponization of those terms being leveled at their children, telling them they’re guilty for the sins of their grandfathers.

Condi Rice was on with those nice ladies at the View. I thought she knocked it out of the park when talking about CRT.

.@CondoleezzaRice says no to the racist critical race theory! pic.twitter.com/c5zNqKddYj

Can’t do much better than that.

But the Times doesn’t care. The school boards that are telling children they’re guilty of race crimes committed by people who looked kinda’ sorta’ like them because of their skin complexion. But they’re the enlightened ones. The parents looking to remove their children from that are the racist ones.

They’ve only got one play in the playbook. It’s not like they could accuse the parents of colluding with Russians.