Why Are Christian Schools Booming and Catholic Schools Declining? 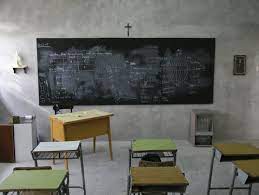 The NY Times reports on the boom in Christian education:

“Five years ago, the school in southwest Virginia had just 88 students between kindergarten and 12th grade. Its finances were struggling, quality was inconsistent by its own admission, and classes met at a local Baptist church.

Now, it has 420, with others turned away for lack of space. It has grown to occupy a 21,000-square-foot former mini-mall, which it moved into in 2020, plus two other buildings down the road.

Smith Mountain Lake is benefiting from a boom in conservative Christian schooling, driven nationwide by a combination of pandemic frustrations and rising parental anxieties around how schools handle education on issues including race and the rights of transgender students.

“This is a once-in-100-year moment for the growth of Christian education,” said E. Ray Moore, founder of the conservative Christian Education Initiative.

In the 2019-20 school year, 3.5 million of the 54 million American schoolchildren attended religious schools, including almost 600,000 in “conservative Christian” schools, according to the latest count by the Education Department.

Those numbers are now growing.

The median member school in the Association of Christian Schools International, one of the country’s largest networks of evangelical schools, grew its K-12 enrollment by 12% between 2019-20 and 2020-21. The Association of Classical Christian Schools, another conservative network, expanded to educating about 59,200 students this year from an estimated 50,500 in the 2018-19 school year. (Catholic schools, by contrast, are continuing a long trend of decline.)

So why is this happening?

I believe it’s because so many Catholic schools have not set themselves apart from the culture. They’ve not distinguished themselves but sought to mirror the culture.

When Common Core was first foisted upon public schools throughout the nation, Catholic schools should have sat back and watched what happened. Instead, they mirrored the culture and many adopted the curriculum along with their public school brethren.

When public schools went into complete lockdown, many Catholic schools mirrored that decision and followed suit.

In this confusing time when the culture is telling children that gender is fluid and sex between consenting adults is always fine, most Catholic schools are just staying silent. Silence is not getting the job done. We are not called to silence in the face of our children being confused and corrupted.

This really is a watershed moment. Public school parents are shocked at the prospect of daughters changing for gym in the presence of male (“transgender”) students, angered by the erosion of athletic opportunities for their daughters, and troubled that teachers encourage impressionable kindergarteners and vulnerable teens to “explore” alternative “gender identities.” They are alarmed over school policies that intentionally keep them in the dark about their own child’s “gender” confusion and frustrated that they are unable to shield their children from school curricula or programs that will undermine their child’s faith. Remote learning during the COVID lockdowns gave many parents an unvarnished look at their children’s daily lessons and the “woke” indoctrination embedded within.

Many parents today are rightly questioning whether public schools are the right choice for their children. There is no better time for Catholic dioceses to explain why a Catholic education—whether at home or in hybrid, classical, or parish schools—is not only a good option but the best option. The Church must do three things at once: educate parents about the ideological capture of public education and the very real threats that gender ideology and “wokeness” pose to their children’s faith and psychological stability; convey the vision of Catholic education (broadly speaking), which offers unparalleled benefits for faith, character-building and educational excellence; and work alongside parents and the larger Catholic community to ensure that financial costs will never prevent a Catholic child from receiving a Catholic education, not only by reducing costs in parochial schools but also by promoting less costly options.

These steps require a radical shift in mindset not only among parents but also among priests and diocesan personnel, who have long regarded public education as a lesser but benign alternative. Perhaps that was true in the past; it is not true today.

It is critical for diocesan bishops to assess each pastor’s commitment to Catholic education, in all forms. A priest who thinks Catholic education is unimportant, or who discounts homeschooling as a means of Catholic education, would seem to be a poor fit for a parish with many young families or a parish school. On the other hand, a bishop or pastor who is committed to ensuring a strong Catholic identity in diocesan schools, willing to listen to parents’ insights and be open to new educational models, and motivated to reach out to Catholic Hispanic families, whose children represent the future of the Church, will see the Church flourish in spite of the challenging culture.

Now, more than ever, Catholic parents, clergy, parishes and philanthropists need to prioritize Catholic education. Like Laura Morris, we must be unafraid to say that today’s public schools promote “political ideologies do not square with who [we are] as believer[s] in Christ.” Our children deserve better, and there are no do-overs on childhood. Let’s give our kids the education they need not only for the here and now, but for eternal life.

Agreed. Many parents are questioning the public education system for the first time. They are seeking an alternative. Catholic schools need to be that alternative, not just say “we’re like public schools but we’ll confuse your children more slowly.”

Catholic schools must not default to being public schools-lite. They must be radically different with a very different purpose of educating children in order to get them to love God and get to Heaven. I pray that Catholic schools stop wasting this moment.