Woke National Association of Realtors to Punish Realtor for Crime of Being Christian. He Fights Back. 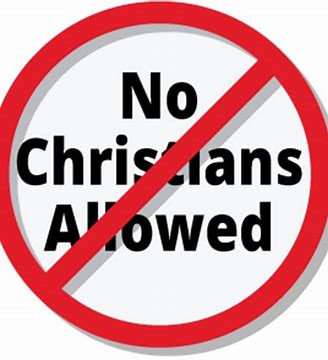 Let’s get the facts down first.

The National Association of Realtors (NAR) is a trade association with over 1.4 million members and covers all residential and commercial industries. The organization has such a stranglehold on the industry that it actually holds a U.S. trademark over the term “realtor,” limiting the use of the term to its members.

You’ve got it. They’re huge and powerful. Well, in 2020 they went woke. You probably didn’t even notice. I didn’t. A lot’s been going on recently. It might’ve flown under the radar.

The NAR revised its professional ethics code to ban “hate speech and harassing speech” by its 1.4 million members.

Not only did the NAR say realtors can’t hate or harass while on the job but in their personal life too. OK?

Essentially, the organization took it upon themselves to regulate the speech of their members both at work and in the privacy of their own homes. The new code prohibits the use of “hate speech and harassing speech” 24/7 in all communication, written, spoken, online, and offline.

You probably see where this is going, right?

The question comes down to what is hate. Well, in the view of many “hate” can be found in many of the tenets of Christianity, especially those teachings concerning sexuality and gender.

Introduce Brandon Huber, a realtor who is also a pastor of the Clinton Community Church in Clinton, Montana. For many years, the Church had partnered with the Missoula Food Bank for the “Kids Eat Free” summer lunch program, which involved the distribution of free lunches throughout the summer to families with children.

So far so good, right? Dude is feeding the hungry. Literally giving food to the hungry. But this turns ugly because woeness destroys everything it touches.

The Church announced its reasoning for this change on July 2, 2021, in a letter distributed to congregants as well as on the Facebook page of a local Clinton community group.

This announcement from the Church said, in part:

This year, as well as the past two years, we have partnered with the Missoula Food Bank for the “Kids Eat Free” summer lunch program. This has been a great honor for us to be able to support the kids and families in our community with these meals throughout the summer months. This past week we found printed material in the lunches that we were handing out, that went against our biblical doctrine. After conversations with the food bank, we have found out that our beliefs and that of the Missoula Food Bank do not align. Due to this, Clinton Community Church has decided to end our partnership with the Missoula food bank effective today July 2, 2021.

Whoa! Did you feel that hate coming off that message? Me neither.

Well, the Missoula Organization of Realtors, the local affiliate of the NAR, concluded that Huber’s action “constitutes potentially unethical conduct and will be forwarded to the Professional Standards Committee.”

The complaint stated that clearly Huber “cannot separate his religious bias from his entire person and will continue to be inherently biased against the LGBTQIAS+ community in any and all circumstances.”

Huber faces a disciplinary hearing next month on Dec. 2, 2021 in which his membership in the organization could be suspended or terminated. He literally would not be able to call himself a realtor and would lose access to listing services for properties.

But Huber isn’t just meekly attending the hearing. He’s lawyering up. He’s punching back and filed a lawsuit against the organization. Good for him.

Now we just need to find a non-woke judge that has some semblance of respect for the Constitution. (Justice John Roberts need not apply.)

You seeing a trend?

Say something. Don’t allow this to continue. Pray. And punch back twice as hard. Hire a lawyer. And pray that we still live in a country where religious liberty may still be respected.