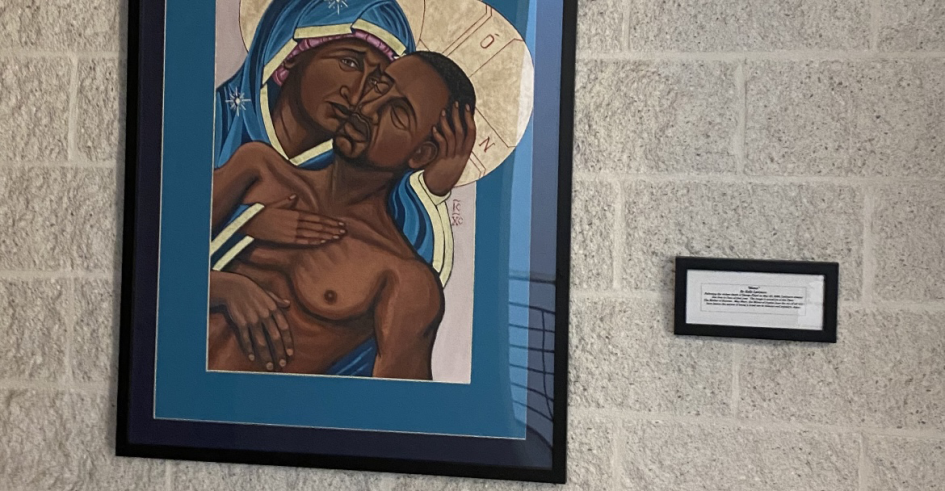 This makes that inner feeling that “all is lost” gain some prominence.

Daily Signal: Paintings depicting George Floyd as Jesus Christ hang in both The Catholic University of America’s campus ministry office and its law school, The Daily Signal has learned.

Catholic University appeared to shrug off responsibility for the painting Monday, telling The Daily Signal that artist Kelly Latimore’s painting “Mama” depicts “the Virgin Mary supporting the body of the dead Christ”—although the artist has indicated repeatedly that his painting depicts both Floyd and Jesus.

“You can identify Jesus by the marks in the halo,” said Karna Lozoya, vice president for university communications. Lozoya would not further address the matter with The Daily Signal.

“The icon has no place at The Catholic University of America; it is blasphemous and an offense to the Catholic faith, but it is not surprising at all that it was put there,” a junior at Catholic University told The Daily Signal in an email. “It is just another symptom of the liberalization and secularization of our campus.”

“There are many students, faculty, and staff who are concerned about this, but there is nothing we can do,” added the student, who asked to remain anonymous out of fear of reprisal from the university administration. “And if we sound the alarm, we will be labeled racists.”

This is a Newman Guide college. And this lunacy is in Campus Ministry. Sickening.

One of the more maddening things about this story is the university administrator obfuscates and lies, rather than just confronting the issue. At Catholic University.

The left destroys everything it touches. And the left wants all of Catholic education in its malevolent grip.