HBO To Release Woke Adult Santa Cartoon if You Want a Santa with Cursing and Sex Jokes. 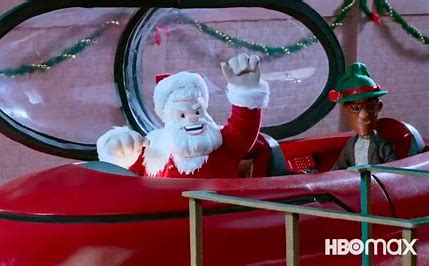 HBO Max is releasing a new original stop motion animated series that will attempt to fill your Christmas with cursing, sex jokes, and woke politics. Bet you can’t wait.

Developed by Seth Rogen and Sarah Silverman, Santa Inc. is the perfect adult series to enjoy the holidays, a time of the year where every release seems to be aimed at the younger audience.

The new trailer presents a brand new version of the North Pole, where Santa Claus is a powerful position passed to a white man each generation. However, the female elf Candy Smalls (Silverman) is ready to change the situation by doing whatever she takes to become the next Santa. That means befriending the current Santa (Rogen) and convincing everybody that she can be as sexist and self-entitled as all the other men in North Pole’s inner circle.

If the premise is not enough to grab your interest, the trailer also underlines how naughty the current Santa Claus is, as Father Christmas is quick to curse and urinate in public. Santa is also shown as one of the most influential people in the world, as the trailer jokes about how more American kids believe in the fictional figure than real things, like vaccines and the Holocaust.

Seth Rogen and Sarah Silverman both have no children.

Silverman once said about her not having kids, “It’s a sadness for me because I love kids. I ache for kids. But I love my life more. You can’t have it all; you really can’t.”

Rogen once told Howard Stern that he wouldn’t be able to do “all this work” if he and wife had chosen to start a family.

So, instead they want to besmirch the innocence of Christmas. Sad that these two believe making Christmas ugly is their contribution. This is the work they gave up having children for?

So, parents just be aware that this is not family friendly fare.