Does Catholic Education Stand a Chance? 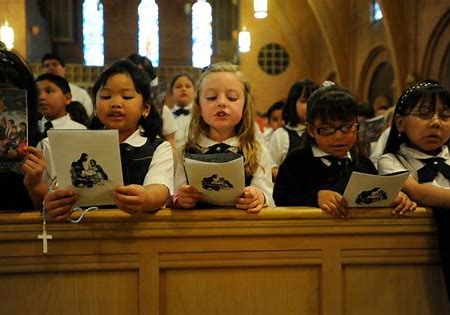 What can men do in the face of such reckless hate?

Those hoping that Catholic schools can remain Catholic take fire from all sides. You get it from politicians, the media, judges, and sadly, even the Vatican.

This case in Indian is so depressing.

In 2017, a man named Joshua Payne-Elliott, who was a teacher at a Brebeuf Jesuit high school in Indiana, legally entered into a same-sex marriage.

The Jesuit school did nothing because…Jesuit, obviously. But when the archdiocese of Indianapolis found out, they demanded he be fired because a teacher must model the faith for their students.

Legally, this is a slam dunk case. The Supreme Court has ruled that religious schools retain the right to decide who is and who isn’t a minister and can therefore hire and fire for mission. This is a huge deal. Without this, Catholic schools would immediately cease to be Catholic. Most have already but the moment a Catholic schools can not hire and fire based on religious precepts, it can’t seriously be called Catholic.

Payne-Elliot took the case to court anyway. Why? Because that is what is done. When a right exists that the left doesn’t like they hammer away at it until they find a friendly judge who sides with them and they strip others of the right. In this case, a judge tossed Payne-Elliot’s case. So he appealed. And guess what? They found a judge who thought the case had enough merit to move forward.

The Indiana Court of Appeals on Tuesday called the earlier decision an error and remanded the case back to the Marion Superior court.

The Indiana Court of Appeals also noted the parties involved in the case have yet to undertake the “requisite ‘fact-sensitive and claim specific’ analysis that must precede analysis of whether the First Amendment bars Payne-Elliott’s claim against the Archdiocese.

Remember, the left is always just a judge away from erasing religious liberty.

Please recall the effort to legalize gay marriage. They tried the voters all over the country. Even in California, it didn’t work. So they went to court, found the justices, and voila. They win.

In this case, the archdiocese is arguing that the First Amendment’s freedom of religion prohibits the courts from reviewing decisions by the archdiocese. But these judges know better how to run a Catholic school than actual Catholics. They’ll decide who is and who isn’t a minister.

So, it’s bad enough that we get attacked by the judges. But in this case, the strong actions from the archdiocese were undercut by the Vatican.

Sometimes it seems you just can’t win. Because that’s how the game is played.

Most Catholic schools are rotting from the inside. Those on the outside know this. It’ll just take a few pushes from the outside to take the whole thing down. Then they will control ALL education. That will work out great!