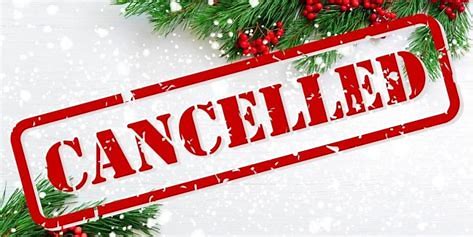 Wait. Minorities don’t celebrate Christmas? Oh. I see. They’re talking about Muslims but they don’t want to say Muslims because they fear having their heads torn off. Literally.

But it gets even crazier when you see who’s criticizing this insanity.

UK Civil servants have axed the word ‘Christmas’ from a proposed government campaign, for fear the term will offend minorities.

British civil servants have apparently embraced their inner Scrooge, vetoing the use of the word ‘Christmas’ from being used in a coronavirus testing drive aimed at students, arguing that the use of the term runs the risk of offending minorities within the country.

The campaign, which reportedly would have revolved around ministers using the slogan “Don’t take COVID home for Christmas,” is part of a larger government effort to limit the spread of the Chinese coronavirus after two cases of the Omicron variant were discovered on-shore.

‘We have been advised by Cabinet Office that we should not use the word Christmas – as the Government campaign needs to be inclusive and some religions don’t celebrate Christmas,” an email seen by The Mail on Sunday read. “The other option was ‘festive season’ which keeps the emotional motivation.”

“We have gone with ‘Don’t take COVID-19 home for the holidays’ – as it links to school and university Christmas holidays,” the email continued. “The alliteration with ‘home’ and ‘holidays’ scans well and is memorable.”

Despite the politically correct alliteration, this suggestion was also shot down in a follow-up email sent by a different British bureaucrat.”

Conservative MP Saqib Bhatti lambasted the decision to remove the mention of Christmas from the campaign.

“As a Muslim, I find it ridiculous we can’t enjoy this special time of year. I look forward to showing my new son his first Christmas tree. The idea you can’t mention Christmas is completely ridiculous,” Bhatti said.

A Muslim MP is the one taking these maniacs to task. Good for him.

Once again, there’s danger on all sides. On the one hand, for some, Christmas can’t be mentioned because it’s too religious. Others, however, celebrate Christmas but a hollowed out Christ-less version. Too religious/not religious.

I honestly don’t know which one present a greater immediate danger.

Remember the reason for the season.