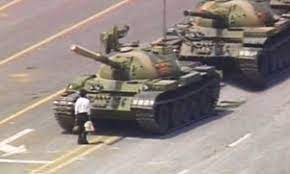 Democrats proves themselves once again to be the party of slavery.

Democratic leaders are walking back their promise to hold a vote this week in the House on legislation that would sanction China’s use of slave labor and ban the import of goods made using it, according to the legislative chamber’s vote schedule.

Democratic House Rules chair Jim McGovern (D., Mass.) promised last week after a meeting with Majority Leader Nancy Pelosi (D., Calif.) that the House would hold a vote this week on the Uyghur Forced Labor Prevention Act, a long-stalled human rights bill that has emerged as a flashpoint in U.S.-China relations. While McGovern indicated on Thursday that the bill would proceed, it is not listed on the House’s official floor schedule.

Democrats in both the House and Senate blocked the bill last week from being included in the annual defense spending package, sparking accusations the Biden administration is quietly lobbying congressional allies to oppose the measure. Climate czar John Kerry, among others, is reportedly concerned the bill would upset China at a critical juncture in the administration’s efforts to ink a climate accord with the CCP.

The ongoing delay is fueling accusations that Democrats are slow-playing the bill at the Biden administration’s request. The Uyghur Forced Labor Prevention Act—which would prohibit imports from the Xinjiang region of China, where Uyghurs have been subjected to forced labor, mass surveillance, and detention camps—passed the Senate unanimously in July but has stalled in the House, even though it is widely supported by Republicans and the human rights advocacy community.

We can’t even say slavery is bad anymore because other issues take precedence over human rights. Weak kneed Republicans who are bound to their big business overlords don’t want to put a stop to the gravy train. And Democrats want to deal with climate change over everything else and don’t want to piss of the Chinese by bringing up tacky subjects like human rights.

It’s funny how people argue that parties are so different and that’s why the country is split. But here you go. In this case, Republican and Democrats are united in burying a bill that would stand up for human rights. Sure, they might have different reasons for doing so but in the end they both want to ignore human rights.