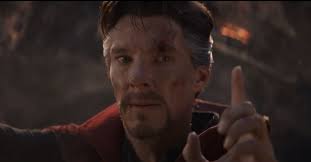 OK. What were the rest of you doing during the yearlong lockdown? I thought “Netflix and chill” was a euphemism. No?

There’s all these theories as to why ancient civilizations fell. Seriously, there’s been like thousands of papers and books on why Rome fell. The History Channel seems to think it was aliens but let’s not discuss that right now. One thing everyone agrees on is that one of the primary reasons for Rome’s collapse is people stopped having children.

I don’t mean to get too technical here but if you stop having people there’s eventually going to stop being a civilization. #notrocketscience. But seriously, sexual liberation leads to family disintegration. Once the family is on shaky ground people no longer want to have many children. Makes sense, right?

I’m not even bringing up the economic aspect that we’re borrowing trillions from the next generation which we’re not actually having. All in all, this is a disaster.

NNY360 reports: The number of U.S. homes with a married couple and kids fell to a record low, according to new government data, as the pandemic further delayed weddings and more adults don’t plan to have kids at all.

By absolute numbers, there are just 23.1 million homes with nuclear families, the fewest since 1959, the data show.

Births have generally been on the decline as Americans are marrying later in life, which has grown more pronounced in the pandemic. The U.S. fertility rate fell to 55.4 births per 1,000 in the second quarter from 58.5 in the same period of 2019, data from the Centers for Disease Control and Prevention showed Friday.

There is no social or political tweak that can remedy this. The only answer is Christ. That’s it. A mass conversion can save this country. That’s all. Every other way ends in war, poverty, and despair.