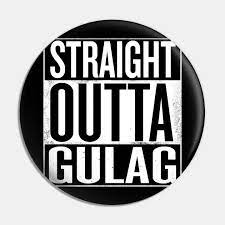 National Pulse: In the next legislative session beginning January 5th, 2022, the New York Senate and Assembly could vote on a bill that would grant permissions to remove and detain cases, contacts, carriers, or anyone suspected of presenting a “significant threat to public health” and remove them from public life on an indefinite basis.

Bill A416 presents a serious risk to the basic liberties of all Americans in the state of New York, including their right to choose whether or not to receive medical treatment and vaccinations related to thus far undetermined contagious diseases.

The bill gives the Governor of New York, his or her delegates – including but not limited to the commissioner and heads of local health departments – the right to remove and detain any individuals or groups of people through issuing a single order. The orders only have to include the individual’s name(s) or “reasonably specific descriptions of the individuals or groups.”

The department can decide to hold a person or group of people in a medical facility or any other they deem appropriate. The language is purposefully vague.

Though the bill attempts to state that no one shall be held for more than 60 days, the language allows for court orders to waive this maximum detention time. After 60 days, the court is allowed an additional 90 days to consider the detention of an individual, a cycle that can last indefinitely per the opinion of the department.

If the Health Secretary has the right to lock people up, why not the diversity official? You going to tell xer that ze can’t lock people up? Because if you do you’ll probably be labeled a racist.

These types of places don’t get smaller over years. They only grow. There’s always new wings and additions.

I’m sure someone will say that this has no chance of passing. I honestly have no idea if it does or not. But we now live in a country where this is NOT breaking national news. This is NOT on the front page of newspapers. The legislator who introduced it is NOT being tarred and feathered. Nope. It’s just a random Monday in the USA. You live in a country where legislation for people being interred by politicians and bureaucrats without due process is normal.

We have streamlined the handbasket. We are heading to Hell and bragging about how fast we’re going.