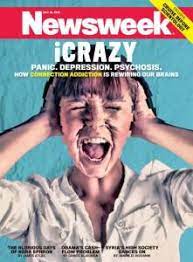 I don’t often seek theological advice but when I do I read Newsweek.

This is sort of a good news/bad news thing to me. I thought Newsweek had gone out of business about a decade ago. The bad news is that they’re still Newsweek.

Pregnancy terminations have long been the antithesis to the anti-abortion movement upheld by the Christian church. But here is the real confession—aren’t the religious leaders who pontificate sanctimoniously from their pulpit about high moral standards terminating human life by refusing the vaccine against COVID-19? How can a priest feel comfortable playing a game of COVID Russian roulette with their congregation?

While priests hyper-focus on this passage as being God’s stance against abortion, they miss their own reflection in the words they mirror before an altar and fail to apply to their own lives. The anti-vax priests are not watching their parishioners “stumbling” to slaughter as the passage might have one believe, but leading the way to mutual self-destruction.

Within American churches, far-right religious leaders spew the conspiracy theories that liberals are out to destroy Christianity; they believe the greatest attack against their religion was when the CDC recommended people celebrate the holidays with people in their household or when Starbucks changed their cups from Christmas-themed to a minimalistic red style. Caught between the intersection of fear and ego, these priests have missed the mark—liberals value life more than them.

The so-called anti-religious socialists continue to show more value and care for human life because they value life. The left fights for mandates geared toward the protection of all lives because all lives really do matter. Apparently anti-vaxxers do not have regard for the health and safety of the elderly, immunocompromised, or those without access to health care. It is not only about words said. Actions illuminate one’s true nature.

Joe Biden recently called millions of Americans domestic terrorists. And now the mainstream media is declaring which priests are Christian and which aren’t.

But don’t you dare question the integrity of our elections, you nut.