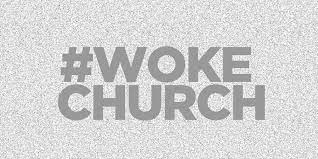 This is insane stuff by a weak minded preacher. Matt Walsh brings up a great point here.

Many people…wait…not many people…some crazy woke people say their children are trans because their boy likes to play with dolls or their daughter likes to play football. Now, up until a few years ago we were told that boys can play with dolls too and that doesn’t make them less boy. In fact we were told to cheer girls who play football. But now, if a boy picks a baby doll, they enforce the gender roles by jacking the kid up on hormone blockers and start making appointments with surgeons.

Anyway, this preacher is guilty of the same thing…but about Jesus.