The Least We Can Do 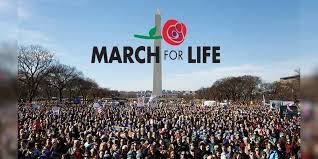 I keep getting lectured that being pro-life means a lot more than marching once a year down the streets of Washington D.C. They say it also means more than advocating for the unborn.

But it seems to me the same people who often say this are the same people who don’t march and don’t advocate for the unborn. What many of these people are advocating is to define “pro-life” so as to include so many things to make virtually anyone and everyone pro-life. You almost couldn’t avoid being definitionally pro-life by their standards.

I read years ago that about someone who wasn’t living a very good life but would nonetheless show up at Mass every Sunday. There were snickers of hypocrisy. When confronted the man said that attending Sunday Mass was the easy part. It was the least he could do. Life is more difficult. The rest of life is the hard part.

Commit to the easy part. Work towards the rest.