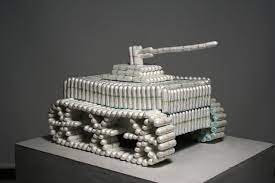 Oregon passed and is now implementing something called the “Menstrual Dignity Act.” Thismeans that boys bathrooms MUST be equipped with tampons because…agenda.

Yamhill Advocate: In 2021, the Democrat-controlled Oregon Legislature and Governor Kate Brown signed into law Oregon House Bill 3294, which is also known as the “Menstrual Dignity Act”. It requires menstruation products such as sanitary napkins and tampons to be made available in all public school bathrooms, including those for boys. As of last month the Department of Education is requiring schools to install these dispensers.

A sample of the presentation about the bill from the Oregon Legislature website reads as follows,

“1 in 5 menstruators in the United States cannot afford the price of menstrual products every month. Among those menstruators are the students that attend Oregon’s public educational institutions, who may be subject to ridicule and shame from their peers because of their lack of access to sanitary products. According to a joint survey by Thinx and PERIOD The Menstrual Movement, 1 in 4 teens have missed class due to a lack of access to period products. It becomes a choice of attending class and facing stigma or simply staying home to deal with their lack of products in a private space.”

The Oregon Department of Education has also created a PDF “toolkit” explaining this ridiculous new policy. The document is full of nonsensical buzzwords like ‘Menstrual equity initiatives‘ and “gender affirming“. It reads like something one would have seen in older copies of MAD Magazine, poking fun at liberal virtue signaling, but now unfortunately has become reality as the craziest people in our society have somehow become elected officials in Oregon state government.

OK. So now it’s up to the boys to do what they can in the face of such asshattery. Boys must be boys. Build things out of these tampons. Maybe even offensive things. Make them regret it.

Yes, that is truly made of tampons. But this next thing is even better.

Do this one outside of school otherwise you’ll be expelled and brought up on charges but I think this needs to be done.

If you get in trouble just say that it’s art that speaks to resisting the patriarchy or hetero-normative something or other. That will at least confuse them for a while, at least until you graduate and can run for school board.