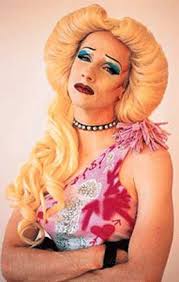 Isn’t Rachel being a little transphobic here? Just because a dude in a dress doesn’t have a uterus doesn’t mean they’re not a woman, amirite? It actually does mean exactly that but Rachel probably wouldn’t agree. How dare they equate women with uteruses?

No Uterus, No Opinion is one of the go-to slogans that even they don’t agree with anymore. Right now it’s everywhere.

“A woman’s right to choose.”

Ouch. Nothing makes transvestites more angry than this.

Don’t they know men can get pregnant too?

Or how about this infamous one:

“If men could get pregnant, abortion would be a sacrament.”

Mind you, these are all things being said now. Right now in this debate. And those who are yelling them don’t believe them. It is yet another indication that the left doesn’t value truth. They only value victory. Their words aren’t meant to convince. Their words are meant to pummel you into submission, to silence you.