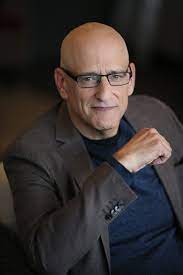 The fact that the Republican Party hasn’t really picked up on attacking what our children are being taught in schools tells you how deep we are in it. There are noted examples but the party itself hasn’t followed the lead of the people.

Because they hate us and agree with the left on pretty much everything. They lie to us. That is why I support blogging so vociferously because we don’t have power structures that we belong to.

No party supports us. Most of the Church hierarchy doesn’t support us. The media? Ha.

We must look to God and one another. We must essentially build a parallel country. That is one thing Trump did, despite all of his faults. He revealed that there was about half the country that didn’t like where we were heading. And look what happened to him.

We can not succeed using their apparattus. We must write and make videos and reach out to one another constantly.

So I support those, like Andrew Klavan, who put out hilarious videos like this one because if there’s one thing the left can’t stand is being mocked.

Left wing philosophers working around the clock have developed a new school of thought called Critical Dishonesty Theory, or CDT, that perfectly explains why leftism is working just great.

Leave a Reply to The Professor Cancel reply