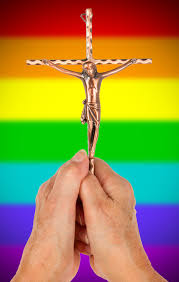 We have been told for the past decade that college culture IS rape culture. They bring up statistics such as 1 in 5 women on college campuses suffer a sexual assault.

So, please tell me how offering “gender inclusive” housing on campus will help that?

So, let’s be clear, these Catholic colleges are choosing virtue signaling over the safety of women. Please make that known.

Sacred Heart University, Saint Mary’s College of California, and Fairfield University are three universities providing a “gender-inclusive” roommate option this school year, which means sharing a dorm room with someone of the opposite sex.

Sacred Heart University in Fairfield, Connecticut, offers a gender-inclusive housing option that consists of “two or more students [who] mutually agree to live in a gender-inclusive, multiple-occupancy bedroom, suite, or apartment.”

Any student can opt for being matched with roommates of the opposite sex and the college doesn’t notify parents when students do so. The policy says that it’s “expected and encouraged” that students notify their families about their housing assignment…

Just less than a 15-minute drive away from Sacred Heart, Fairfield University also offers “gender-inclusive” housing with much of the same parameters.

The Jesuit university cites Title IX — a federal law prohibiting sex discrimination that has been reinterpreted under the Biden administration to include “sexual orientation or gender identity” — as the reason for the policy.

The university admits that Title IX allows universities to separate men and women in housing. However, the university claims that “a school must allow transgender students to access housing consistent with their gender identity.”

However, the policy isn’t just limited to students who identify as transgender. Any undergraduate student who has “an understanding of gender identity and gender expression” and wishes to live in “gender-inclusive housing” can participate…

(Patrick Reilly, the President of the Cardinal Newman Society,) said that using Title IX as an excuse for gender-inclusive housing is “a shameful deception that puts students in serious physical and moral danger and exposes Fairfield’s Catholic identity as fraudulent.”

This is not a loving response to a changing world, as the Jesuits would have you believe. This is a deliberate undermining of Catholic teaching using “love” and “tolerance” as a disguise. This puts women in danger. And they’re cool with that.

I used to wonder why people like this stayed in the Church, since they disagreed with so much of what the Church teaches. It’s not because they love it so and just can’t leave.

No, they’re staying because their mission is to hollow out the Church so that it stands for nothing. Their cause is chaos. These people are at war with the Church.

Make no mistake, they’re winning. Pray. And please don’t send money to schools like these.