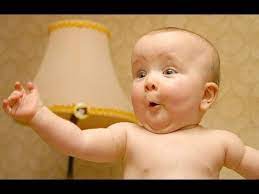 When something surprising happens at the US Supreme Court, it’s typically bad for conservatives (and the country.) It’s usually a story like John Roberts ruled that Obamcare isn’t a mandate but a tax or something equally as idiotic and frustrating.

But this story is different.

I’ll give you quick background. I know that most Catholic colleges have given up the faith in an attempt to keep step with the modern world but there are a number of Catholic colleges that have remained true. (See the Newman Guide.)

There’s a legal battle going on that could destroy religious liberty in this country for even those Catholic colleges. After a New York appeals court ruled that Yeshiva University, a private Orthodox Jewish research university with four campuses in New York City, must be forced to recognize an LGBT Pride Alliance the university was left with the choice of taking their case to the US Supreme Court or countering their religious principles.

Thankfully Yeshiva pushed back and brought the case to the US Supreme Court. And then something very very surprising happened.

With the school year starting, time was of the essence: If the U.S. Supreme Court did not step in to halt the injunction, the college would be forced to compromise its faith before the Court could even decide whether to hear the case. Because Yeshiva’s request for an emergency stay was appealed within the Second Circuit (covering New York), it went to Justice Sonia Sotomayor, who had the choice to either rule on the emergency application or refer it to the full Court for consideration. This afternoon, she handed down an order granting the stay. The order appears to be issued on her own authority and does not grant permanent relief or grant certiorari to hear Yeshiva’s appeal. As a result, it is not entirely clear what happened, but it would seem for now that Sotomayor — who would ordinarily have been the likeliest dissenter in such a case — recognized the need for an order to preserve the status quo (the sort of order that is sometimes assailed as a “shadow docket,” although it would be improper for the Court to just reject all applications for emergency relief simply because it lacks the time to hold full briefing and argument).

Stay tuned to see, perhaps as early as next week, the next steps in the case. But it is hard for progressive Court-bashers to pretend that this is some sort of procedural abuse when it is signed by the furthest-left member of the Court.

Yeah, probably not but it’s a welcome stay. Hopefully the full court will take on the case and we can get this ruled on in favor of religious liberty. Mind you, I’m not completely confident in the full court on this issue. I just have no idea what Gorsuch will do on this one. Roberts, I’m pretty sure will turn on us.

I’m pretty sure that the next “surprising” story about the US Supreme Court will be bad but I’m taking this good news as good news. I’m just gonna’ be happy for a day or two, ok?