It’s Time for the Meteor, Right? Or Some Kind of Supernatural Intervention. Now? Please? 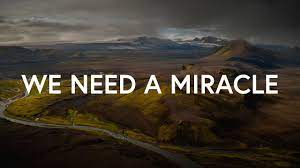 Who’s a little worried about the Church?

Yup. OK. Who’s a lot worried about the Church?

We’ve listened to so many Church leaders seemingly more concerned with climate change than salvation.

We’re told that the gates of Hell will never prevail but it’s not looking great.

I know that many people focus on Pope Francis as the author of many of the Church’s problems but it really isn’t just him. The Church is infested with leftists and cowards. The problems we face will likely not be saved merely by a new pope.

IIn fact, John Allen recently wrote that “Of the 11 cardinals who will lose voting privileges over the next year, all are appointees of either Pope John Paul II or Pope Benedict XVI. By that point, of the 120 cardinals eligible to vote, 82 will have been appointed by Francis, representing 68.4 percent – in other words, above the two-thirds threshold needed to elect a pope.”

For those keeping score at home, that’s not great. That means we will likely see more of the same.

My take is that we can no longer save the Church. That will be up to God. I believe that the change will be so clearly God’s hand that it will only be attributable to Him. When things seem at their worst, God will move showing the world that the Church is not merely a human institution.

Now looks like a good time for a miracle or two, doesn’t it?