Gay Rom-Com Tanks at the Box Office. And You’re to Blame. 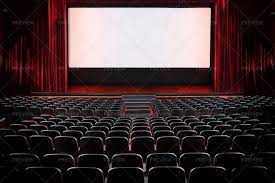 It’s a Bros-pocalypse. The new gay rom-com tanked at the box office. Who could’ve seen this coming?

But I mean this movie tanked like Ishtar but with gay sex.

Actor Billy Eichner didn’t hold back when taking to Twitter on Sunday to comment on the dismal box office opening of his new comedy, Bros.

The Universal film — which marks the first gay romantic comedy released by a major Hollywood studio — debuted to a dismal $4.8 million after doing little business in much of middle America and the south.

“Everyone who ISN’T a homophobic weirdo should go see BROS tonight! You will have a blast! And it is special and uniquely powerful to see this particular story on a big screen, esp for queer folks who don’t get this opportunity often. I love this movie so much. GO BROS!!!,” tweeted Eichner.

That’s the way to do it. Attack the audience. If you don’t go see my movie and give me your money for my righteous cause you’re a “homophobic weirdo.”

I think it used to be that the movie industry made movies that people would like. Not so, anymore. They make movies to enact cultural change and yell at you for not supporting the correct movies.

So, Bros‘ top 10 markets were all in…guess where? New York, San Francisco and Los Angeles. Everywhere else?

But just imagine gay butt sex on the screen. Or don’t.

Otherwise, it has been a bust so far.

The star of the movie Billy Eichner, said: “That’s just the world we live in, unfortunately. Even with glowing reviews, great Rotten Tomatoes scores, an A CinemaScore etc, straight people, especially in certain parts of the country, just didn’t show up for Bros. And that’s disappointing but it is what it is.”

People, you’re disappointing your elites. How dare you? Do better! Be better!