If You’re In the Philly Area, Join the Pro-Life Protest At the US Attorney’s Office. 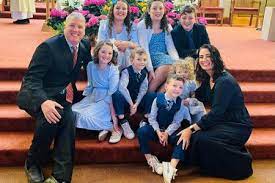 I’ll be there covering it for the National Catholic Register. This is a major issue.

Since May 2, life-affirming centers and churches all across American have been subjected to violent and hateful attacks because of their pro-life beliefs and values. No arrests have been made.

Philadelphia and national pro-life leaders will hold a protest at the office of the U.S. Attorney for the Eastern District of Pennsylvania, who ordered the raid on Mr. Houck. They will be calling for charges to be dropped against Mr. Houck.

The protest will be on Friday, October 7, at 11:00 AM at the U.S. Attorney’s Office at 615 Chestnut Street (near 6th Street) in Center City Philadelphia.

Patrick Stanton – Board Member of Pro-Life Union, whose offices were vandalized.

“The Biden Administration and federal law enforcement have declared war on pro-life activists, life affirming centers and churches. Since May 2, the pro-life movement across America has been subjected to violent and hateful attacks because of their beliefs and values. Yet not one arrest has been made.

“Scores of pro-life advocates, like Mark Houck, have been arrested with armed agents, intimidated and harassed by the Biden Administration. President Biden’s failure to personally condemn this violence has allowed a target to be placed on the back of the entire pro-life community.

“By politicizing the Department of Justice and FBI against the pro-life movement, the Biden Administration has shown they are only concerned about violence against communities, organizations and ideologies they agree with and politically support. It is deeply troubling for President Biden not to address violence against ALL Americans.”