“I Refuse to Comply!” Christians Refuse to Remove Nativity Scene from Park. 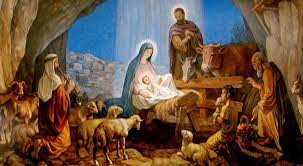 In the famous words of Kevin Hart:

Todd Starnes is like Captain Christmas. If there’s somebody somewhere trying to ruin Christmas Todd Starnes finds out about it and publishes the story. Good for him.

Christians in Eureka Springs, Arkansas are openly defying their government leaders after they were ordered to remove a Nativity scene from a city park.

Volunteers from the The Great Passion Play have erected the Nativity on behalf of Beta Sigma Phi for a number of years.

But Executive Director Randall Christy said this year he was ordered by the mayor and the city attorney to remove Mary and the Christ Child.

“This is Christmas,” he said. “Why is the Nativity such a threat to the mayor of Eureka Springs?”

Christy said he has no plans to comply. He will be a guest Monday on The Todd Starnes Radio Show.

“I am fed up with it and I’m not going to do it,” he said in a video posted on Facebook. “I instructed my staff today – do not comply with the mayor’s request to remove this beautiful Nativity scene that’s been here since 1950.”

The mayor’s office did not return calls seeking comment.

“I don’t hate the mayor or the city attorney. I just believe they are confused and mixed up like a lot of America is,” he said. “We’ve got to stand up for what’s right. I’m tired of people demanding that we remove Jesus from Christmas. Doesn’t that bother you? I refuse to comply with the demand.”

The truth is that courts have ruled that it’s not against the law for public grounds to host a nativity set so any time you see things like this just know that it’s because they have some mental or emotional derangement and hatred of Christianity.

These people should be resisted. Thank goodness for Randall Christy.

The left will not be happy until they’ve driven Christ completely out of the public sphere. For decades they’ve been super successful. That should stop now.

No more. Push back.