What Everyone’s Thinking Can’t Be Said 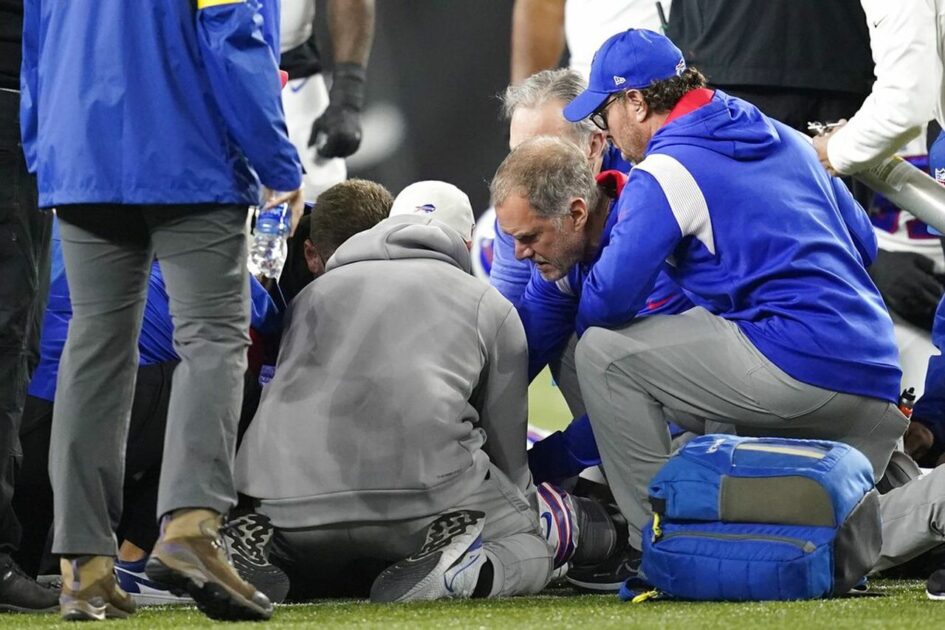 So I completely missed the entire MNF thing. I have all my kids home and we were enjoying hanging out so yeah, I totally missed it until this morning.

In case you missed it too, Buffalo safety Damar Hamlin “suffered a cardiac arrest” on the field during a Monday Night Football game against the Cincinnati Bengals. Thankfully, his heartbeat was restored on the field, and he was transferred to a local hospital.

Prayers for the man, obviously.

Secondly, the reason I’m bringing this up is because when a majority of people saw this story they had a similar thought: The Covid Vaccine.

I’m not saying that this man’s heart attack was caused by side effects from the vaccine. What I’m saying is that what many people are thinking is not allowed to be discussed, investigated, or researched. No one in the news media is mentioning what most everyone at least is thinking. Nobody in the government is looking into this.

We can’t go on like this. This disconnect between reality and “things we’re not supposed to say” can’t continue.

If we don’t see reality reflected back at us, things will fall apart. If the government is no longer protecting our lives but colluding with Big Pharma for profit, where are we? If “we the people” has become “us vs. them” where do we go from there?

The news media has abdicated their responsibility, becoming mouthpieces for the Deep State. Big Tech has chosen their side as well, whether due to ideology or some political deal.

If you post something about the vaccine side effects on the vast majority of social media you’ll be banned, shadow banned, or cancelled.

If a majority of people don’t see themselves represented in government, media, and even social media this will all end poorly.

I pray that it doesn’t.

What moments like this require is courage, something lacking in our culture today. Pray that when it comes time to make a decision, you make the right decision, the courageous decision.

Maybe the vaccines have no side effects whatsoever but let’s do the research. Let’s have this conversation publicly. Debate.

If the government is not protecting our very lives and are shutting down our free speech, what next? Truly, what next?