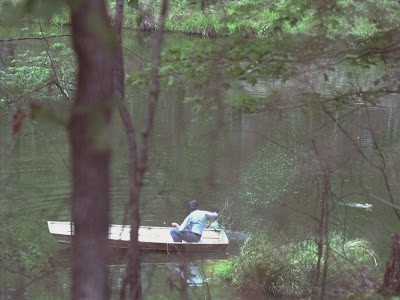 Embattled Australian Prime Minister John Howard was accosted on Friday by comedians dressed as giant bunnies who encouraged him to “pull a rabbit out of his hat” to save himself from electoral disaster.

According to the former Prez, the rabbit swam toward the President’s boat, “hissing menacingly, its teeth flashing and nostrils flared.” President Carter was forced to swat at the vicious beast with a canoe paddle, which apparently scared it away.

Upon his return to the White House, Carter told his staff about the furry amphibian’s assault. Many staff apparently didn’t believe the President and maybe this upset the President so much that he let the country go to pot on his watch.

But history did vindicate the President when it turned out a White House photographer caught the harrowing incident on film. But the rabbit turned out to be a slightly less harmful than Peter Cottontail.