CMR’s 8 Weekly Signs of the Apocalypse 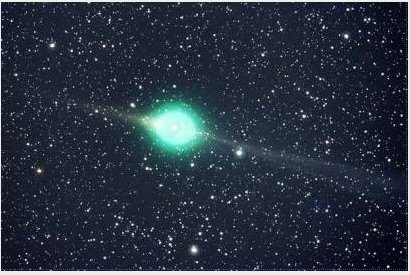 Jen F. over at Conversion Diary has been having bloggers come up with Seven Quick Takes. We here at CMR are dramatically improving on Jen’s idea and are coming up with a list of eight things.

Since the truth of the formula “8 > 7” is a consensus opinion in the scientific community, we consider the case closed. Eight is better than seven. So, we are introducing a new feature called “CMR’s [Eight] Weekly Signs of Apocalypse. This will be a witty list of eight newsy non-sequiturs clearly indicative of our impending demise. This is much better than Jen’s list of a mere seven non-sequiturs. (See again “8 > 7”). Without further eloquence…

On par with the Earth spinning backwards, another unusual event foreshadows our imminent demise. The Vatican managed not to mess up a P.R. opportunity this week in handling the Nancy Pelosi visit. So it seems that the folks at the Vatican are capable. Perhaps in the past they just didn’t care.

Anoop got cut from American Idol. No justice, no peace. There’s still a wild card round, but in the meantime we will be preparing our protest signs and molotov cocktails.

As reported, an infant boy was married off to his neighbors’ dog in eastern India by villagers, who said it will stop the groom from being killed by wild animals. The dog was unavailable for comment. For his part, the boy has been heard to complain that he married one just like his mother.

What might you expect as clear sign of the approach of the Apocalypse? Oh, I don’t know … say a backwards flying green comet?!?!? A freakin’ green comet passes by the Earth and we are not worried?.
I’m sure the Mayans would’ve understood the deeper meaning but we, being much more erudite and educated just gaze with mouths agape and say “pretty.”.We at CMR do not know exactly what this portends, we just knows it’s not good.

The affable atheist Christopher Hitchens got the tar beat out of him by Muslim thugs. Oh wait… never mind.

Anyway, rumor has it that during the beating Hitchens screamed like a girl “Oh Jesus, O God! Help me! Oh crap!”

Iran has built up a stockpile of enough enriched uranium for one nuclear bomb, United Nations officials acknowledged on Thursday. Russia said it does not intend to toughen its policy toward Iran regarding its nuclear program, a senior Russian diplomat said Monday. Iran has said that Obama’s election proves that the U.S. has failed. They may be right.

Putin further said “we must assess the real situation and write off all hopeless debts and ‘bad’ assets. True, this will be an extremely painful and unpleasant process. Far from everyone can accept such measures, fearing for their capitalization, bonuses, or reputation. However, we would ‘conserve’ and prolong the crisis, unless we clean up our balance sheets.” Even the commies understand this. We are so doomed.