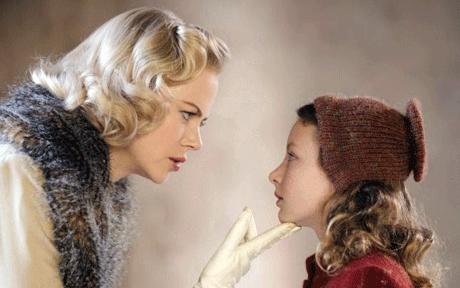 Co-star Sam Elliott said Hollywood had been cowed into dropping the sequels by the Catholic Church.

He said executives at New Line Cinema had shelved plans for the two films, The Subtle Knife and The Amber Spyglass, despite the “incredible” commercial success of the first in the trilogy, The Golden Compass.

But after a concerted campaign by parts of the Catholic Church in the US it only took a modest £53 million ($85 million) there.

…He was “delighted that the boycott worked”.

“I knew if we could hurt the box office receipts here, it might put the brakes on the next movie,” he told the Evening Standard.

“The reason I protested was the deceitful attempt to introduce Christian children to the wonders of atheism in a backdoor fashion at Christmas time.

“Everyone agrees the film version was not anti-Catholic, but that hardly resolves the issue. The fact is that each volume in the trilogy becomes increasingly anti-Catholic.”

As a note to anyone at the Catholic League that may be listening, the greatest aspiration that Matthew and I have is to succeed Bill when he finally decides to retire. We cannot think of a greater job in the world than to mock the inanity of the anti-Catholic left in this country for a living. Back to the movie…

Sam Elliot, who has the greatest ‘stache in Hollywood and also one of the greatest voices is unfortunately missing the mark.

I view it as axiomatic that boycotts do not work. There are exceptions to every rule but this is likely not one of them. The reason the movie didn’t make money is because it was bad. Stinky. A flop. Jerry Lewis movies make money overseas, that doesn’t mean anything. The movie, relative to its production costs, was a disaster.