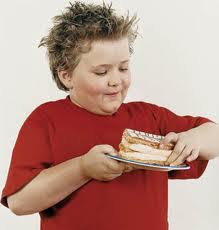 Hey, finally, a national security threat that an Obama actually wants to do something about.

CMR is putting forth a strategic plan to deal with this newly discovered national security threat. When Obama empties the prison at Guantanamo Bay and frees all the terrorists there, CMR is asking whether it would be possible to send fat kids to Guantanamo.

The federal government could employ a roaming group of “chubby chasers” that spots and chases down fat kids in order to round them up to put them in GITMO. And even if the kids escape the authorities the act of running away might make them less fat and less of a security threat.

If a fat kid is seen ready to down a Yodel it can now be viewed as a “clear and present danger,” and any government official can act in a way to prevent this by fining the organization supplying Yodels to fat kids or perhaps re-educating the child’s parents.

If you have any additions to deal with this national security threat, please put it in the combox.