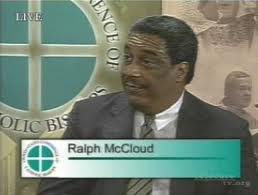 While the Catholic Campaign for Human Development (CCHD) has come under well deserved scrutiny for supporting groups such as ACORN and groups with ties to promoting abortion, CMR has uncovered that Ralph McCloud, while heading the CCHD in 2008, was simultaneously working as a highly placed campaign official for a pro-choice politician seeking to unseat a pro-life politician.

As you likely know, CCHD is the bishops’ anti-poverty program which funds community organizing and economic development projects and has been at the center of a number of controversies. Ralph McCloud was named head of the CCHD in November 2007. In his first year as head of the CCHD, according to public records, McCloud also worked as the Treasurer for Planned Parenthood endorsed Democrat Wendy Davis.

Why would the director of the CCHD, during his tenure as head of an ostensibly Catholic institution act as champion and treasurer of a campaign for a pro-abortion politician seeking to oust a pro-life politician? This is the textbook definition of scandal.

According to the United States Conference of Catholic Bishop’s website, “the CCHD fully upholds the Church’s teaching on the sanctity of human life from conception through natural death.” But acting as Treasurer for a pro-choice politician means that every single yard sign, every press release, every brochure or pamphlet of the Davis campaign had Ralph McCloud’s name on it. So in short, while heading up the CCHD, McCloud was very publicly working against the stated goals of the organization he oversaw.

Isn’t that a bit confusing to Catholics? Isn’t that in itself a scandal to the faithful?

McCloud himself labeled questions about another CCHD employee John Carr’s commitment to the pro-life cause “very disturbing allegations” which he believed were unfounded. CMR believes it to be equally disturbing that McCloud would work for a campaign garnering donations from Annie’s List (a pro-choice PAC), Planned Parenthood and ACORN. So pro-choice was the Davis campaign that in fact, Annie’s List, raised hundreds of thousands of dollars for Davis in 2008 while McCloud worked as Treasurer. The group even gave a spirited endorsement of the pro-choice Davis, who succeeded in defeating her pro-life opponent.

In fact, so vehemently was the abortion industry behind Davis’ campaign that they actually broke the law to support it. The Texas Ethics Commission fined the campaign treasurer for Planned Parenthood of North Texas’ political action committee thousands of dollars for not reporting how much they’d spent in support of Davis’ campaign among others.

According to the CCHD guidelines:

“CCHD will not fund groups that are members of coalitions which have as part of their organizational purpose or coalition agenda, positions or actions that contradict fundamental Catholic moral and social teaching.”

While McCloud’s work for the Davis campaign doesn’t directly contradict that guideline, isn’t it the least bit contradictory to the intent of the law for the head of the CCHD to publicly work for a pro-choice politician?

CMR believes Ralph McCloud and the CCHD should explain McCloud’s actions to Catholics concerned about the sanctity of life. Does the Catholic Campaign for Human Development only care about human development of some while turning it’s back on the unborn?

Calls to McCloud and the CCHD were not returned.