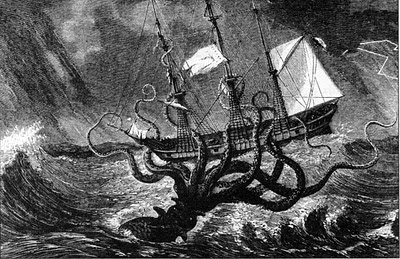 I knew it! If there are plesiosaurs roaming lochs all over the place, this was bound to happen!!

Evidence for the kraken and its gruesome attacks comes from markings on the bones of the remains of nine 45-foot (14 meter) ichthyosaurs of the species Shonisaurus popularis, which lived during the Triassic, a period that lasted from 248 million to 206 million years ago. The beasts were the Triassic version of today’s predatory giant squid-eating sperm whales.

We have extinct fish showing up in Africa, Japanese fishermen pulled up a plesiosaur carcass, we have chupacarbras practically all over the place. 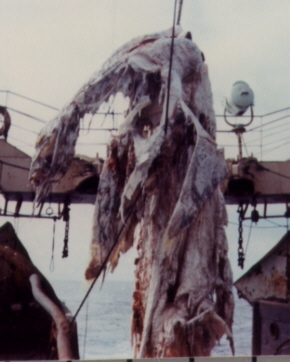 It seems all the “old myths” turn out to be true. It is only a matter of time til they find this guy!