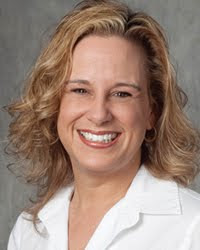 This is great news. First the translation, now this! The whole “Catholic, but…” crowd will be reeling upon hearing this news.

Danielle Bean of DanielleBean.com and Faith & Family Live fame is taking over leadership of the Catholic Digest. Catholic Digest is probably the largest, oldest, and best-known Catholic publication in the U.S. They’ve got hundreds of thousands of readers so it’s kind of a big deal.

But now they put the muy Catholic Danielle “personally and publicly pro-life” Bean in charge. This is seriously great news.

Danielle has done great things over at Faith & Family Live. I read it and I’m a dude. CMR has every confidence in Danielle, because besides everything else, Danielle is Catholic, unadorned and unafraid.

And given that the publication’s readership probably skews towards seniors, hopefully Danielle will be moving the magazine out of the nursing home and into the nursery.

This is a seriously big deal in that a major “Catholic” publication is abandoning the tired old wishy washy “future Church” garbage and putting an authentically Catholic person in charge.

I suspect Danielle’s influence will be felt immediately at the Catholic Digest. This is great news for Catholic media. Now, if Pat and I could just take over the National Catholic Reporter we’d all be set.