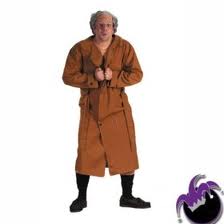 It’s being reported by a newsradio station in Texas that a CEO of a Planned Parenthood has been arrested for indecent exposure at a local baseball field where children play. If only they let Planned Parenthood CEO’s marry, this never would’ve happened.

As KCBD reports, “According to Lubbock Police, Tony Ray Thornton, 56, was arrested at the baseball fields inside of Mackenzie Park. According to the incident report, Thornton was taken into custody at 3:25 Monday afternoon. He was booked into the Lubbock County Detention Center and released from jail Tuesday morning around 11 a.m.”

No word on whether kids were actually present on the field but it was 3:25 so school’s are probably let out by then so it’s certainly a possibility.

And now even worse news for Mr. Thornton, Planned Parenthood has reportedly placed him on leave and he will no longer serve as the affiliate’s chief officer, according to a statement Wednesday from Mariah Sharpe, board chair of the association.

Wow. They won’t even let him play his part in killing children anymore. Do you know how bad you actually have to be to make an organization that kills children turn its back on you? That’s an amazing feat by Mr. Thornton. That’s like getting kicked out of Motley Crue for reckless behavior. It just doesn’t happen. Hats off to Mr. Thornton for this amazing feat. Don’t take anything else off Mr. Thornton. Just your hat.