The Mysterious Case of the Disappearing Republicans 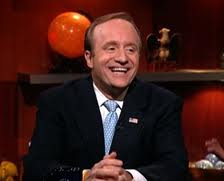 The latest Washington Post/ABC News poll has Obama up 49-46 percent in the poll.

But if one delves deeper into the sample of voters, one might rightly wonder where all the Republicans went.

That’s right, according to ABC and The Washington Post only 22% of voters are Republicans.

Can we fit that many faces on the side of a milk carton?

I, for one am very disturbed by all these missing Republicans. I’m starting to wonder if all the conspiracy theories are true and Obama is carting away Republicans…or worse. I know us Catholics, when we need to get rid of someone we just dial 1-900-Albino-Monk. (This is not a toll free call) and the problem gets taken care of, if you know what I mean.

I’m wondering who is the equivalent of the albino monk assasin is for the Obama administration. Paul Begala maybe. Could you imagine waking up to that freakish smiling face on top of you as he gleefully chloroforms everyone of voting age in your house to do his will with you later in the panic room of his Georgetown condo.

I guess I could really get myself all worked up about all these missing Republicans but then maybe, just maybe ABC and The Washington Post aren’t looking all that hard for them. Maybe, just maybe they’ll reappear magically on voting day when 53% of the electorate votes to kick Obama out of office.