Half Man on Hit Show is Now a Real Man 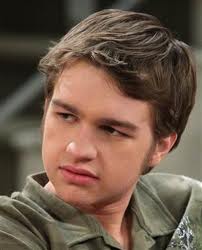 The character referred to as 1/2 in Two and a Half Men is growing up. And he’s telling people the show is “filth” and people should turn it off.

So let me get this right. This kid grew up watching Charlie Sheen?

This is a nice departure from most stories detailing child stars growing up. Normally, the media will say a child star has grown up when Disney stars pose for Playboy for the first time or a Nickelodeon celebrity gets his first DUI.

Something tells me the 19 year old will be vilified by the same industry that trips over itself to cash in on the car wreck that Charlie Sheen became last year.

Something tells me he’ll soon be relegated to Hallmark movies and Kirk Cameron status by the industry. But here’s the thing, I’d bet Kirk Cameron is heckuva’ lot happier and more fulfilled than 99% of other former child stars.

Angus T. Jones, who has played the role of Jake Harper on the hit CBS show since 2003 and reportedly earns $350,000 an episode, is featured in a new video for the Forerunner Christian Church, in which he calls the sitcom “filth” that contradicts his devout Christian values.

That’s not all. The 19-year-old actor even urges fans to stop watching.

“I’m on ‘Two and a Half Men’ and I don’t want to be on it,” he said. “If you watch ‘Two and a Half Men,’ please stop watching it and filling your head with filth. People say it’s just entertainment. Do some research on the effects of television and your brain, and I promise you you’ll have a decision to make when it comes to television, especially with what you watch.”

Jones goes on to express guilt that his profession may be inflicting serious damage on its audience.

Forerunner Chronicles, the Alabama-based Church, which conducted the interview, was not immediately available for further comment.

“If indeed Angus T. Jones meant what he purportedly said, and that this is not just a publicity stunt … then his comments are welcomed, and we urge viewers to heed his call,” Winter told FoxNews.com. “We urge Mr. Jones to work from within the entertainment industry and raise standards to improve television content for the benefit of all Americans.”

Jones is reportedly also an attendee of the Seventh Day Adventist Church in Los Angeles, and in recent months has been guided by Voice of Prophecy (VOP) Bible School workers in his quest to understand Jesus better.

“I have always gone to a Christian school since I was in kindergarten, but my faith was basically non-existent… School started to take a back seat more and more through high school. Two or three years ago my parents started have marital issues and started to go through the process of getting a divorce. At the time I also started dating this girl and when I look back now I see that as a time when the enemy was trying to push me in that direction, but God knew he was going to pull me out at the last second,” Jones told the Adventist Media Center on his 19th birthday in October, before delving into his dangerous desire to “run away” from the problems at home and delve into drugs — although he insists that God protected him from drinking and that he remains a virgin.

“Right when I said what if everything we are doing is not what is supposed to happen, and right then this cleansing phenomenon and presence came into me… I felt like I had just accepted God.”

Jones also addresses the internal conflict associated with his role on “Two and a Half Men.”