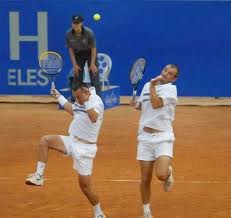 Visiting Harvard professor Robert George in trying to get down to basics on the issue of marriage recently said that marriage is “not two people who are just tennis partners.”

As a bit of an aside I might add that marriage may be anything but tennis partners. I tried playing tennis with my wife once. It didn’t work out well at all. My wife and I were playing another couple. It didn’t go well. She clearly didn’t understand her responsibilities and she clearly thought I was a bit of a ball hog (which I wouldn’t have been if she’d understood her responsibilities but that stays between you and I.)

But the thing George and co-authors of the new book “What is Marriage?” Sherif Girgis and Ryan T. Anderson do especially well is ask the right question:

“As soon as you ask a proponent of same-sex marriage, ‘Well, what do you think marriage is?” They are at a loss,” Girgis, a Ph. D. student at Princeton University, said. “’I know you think it includes same-sex relationships, but what is it such that it includes any two people in love but no other forms of consensual relationships?’”

“Not three people,” George said. “Not two people who are just tennis partners.”

“And as soon as you do that you immediately clear the brush for all the bad arguments, the arguments that don’t actually get anywhere, like equality, which is just circular and all the rest, and you’ve now got the foundational topic,” Girgis said. “And the fact is that the wisdom and experience of our 10,000 years of civilization has a much better answer to that question than the last 40 years of the sexual revolution.”

It’s a great way to turn the argument around. Don’t defend marriage. Make them propose a proper definition. I doubt they’d be able to do it.

My only concern is that I’m just not sure why he had to use tennis in an argument about gay “marriage” when soccer was available.