Brawl Breaks Out at Baby Shower 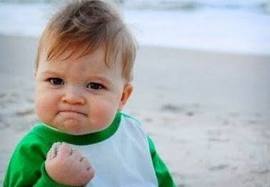 This is why you don’t invite men to a baby shower. Guys will do anything to get out of baby showers.

Three men arrested in a violent brawl at a Massachusetts baby shower in which bottles and punches were thrown and furniture was smashed have pleaded not guilty.

Patrick Cardoso Lopes and Paulo Pires Depina, both, 24, as well as 22-year-old Aderito Lopes Deandrade, were released on $1,000 bail at their arraignment Monday.

The Brockton men face charges including disorderly conduct, resisting arrest, and assault and battery on a police officer.

Think about that. These guys were forced to choose between a baby shower and prison showers. And they chose the prison shower.

This is part of the problem with pretending guys are just girls with different parts. Guys don’t belong at baby showers. You want us involved this is what’s going to eventually happen.