Drone Strikes on the Unborn! 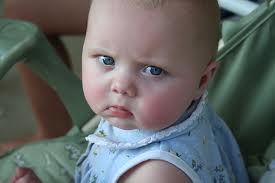 Planned Parenthood, the abortion conglomerate with deep ties to the Obama administration, is ready to ink a deal that will form the foundation of a public/private partnership that has never been seen before.

Long distance abortions have long been a goal of the abortion giant with their recent introductions of Tele-Med, where women can be administered abortion pills by seeing a doctor on a screen, but now Planned Parenthood is in talks with the Department of Homeland Security to utilize drone technology on the fetal tissue in women’s bodies.

“The technology is there,” said one Planned Parenthood spokesperson. “It’s time we responded to the War on women.”

Catholic theologian Tina Beattie once compared abortion to war, saying, “To acknowledge that there are cases when early abortion is the lesser of two evils is not to be pro-abortion, any more than to acknowledge that sometimes war may be a necessary evil means that one is pro-war.”

Planned Parenthood said they understand that some may find this controversial but they added that the most heat from the recent arguments over drones stems from the fact that the technology is being used against U.S. citizens. “But blobs of tissue aren’t US citizens,” said a press release from Planned Parenthood. “So we truly don’t understand why there might be any controversy.”

In fact, it may be more convenient because the drone technology is so advanced that women can just go about their daily lives and the drone strike abortion will just be a part of her day.

There’s no truth to the rumor that the drones will be heavily focused on minority areas, they say.

As of now, plans indicate that a woman who becomes pregnant will be able to call Planned Parenthood which will immediately punch their name and location into a computer (after their credit cards clear, of course) and a drone will be dispatched to take care of the pregnancy.

After some argued that this was an example of federal monies paying for abortion which is illegal. Religious zealots say that they shouldn’t be forced to fund abortion but the Obama administration said that this was not a violation of religious freedom. “People can still worship in the Church they choose,” he said. The Administration has agreed not to use drone attacks on places of worship. For now.