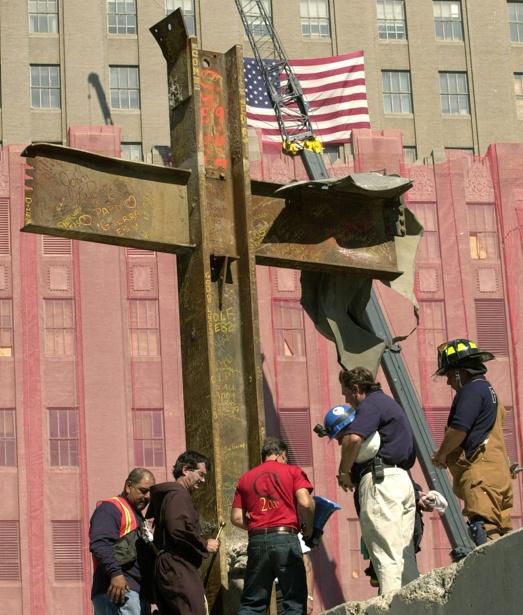 But…But…But it’s a cross! The poor atheists took a beating this Holy Week when a judge said the cross that was formed from the rubble of the World Trade Center can stay as part of the 9-11 Memorial. Surely, this will not deter their mission to eradicate the cross from public view. Expect appeals but that doesn’t mean we shouldn’t appreciate good news when we get it. Today, sanity prevailed.

A New York judge has tossed out a lawsuit seeking to stop the display of a cross-shaped steel beam found among the World Trade Center’s wreckage.

The judge says the decision to include the artifact in the Sept. 11 museum did not advance religion impermissibly. She also says it does not create excessive entanglement between the state and religion. And she noted that the cross helps tell part of the history of Sept. 11.

A sane judge? In New York?