National Park Service: Uhm, You Got a Permit for that Baptism? 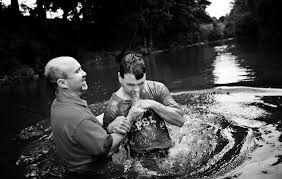 Many Christian organization hold their baptism in bodies of water. But it seems the National Park Service got a little tired of it. They reportedly began requesting that religious organizations apply for a permit to perform baptisms in a waterway in a park in Missouri. They wanted 48 hour notice.

The NPS does not, however, require people to apply for a permit to do things like fishing or swimming. Just baptism.

Thankfully, Missouri Congressman Jason Smith questioned the requirement, saying, “I am very troubled by any federal rule that requires churches to apply for a permit for the purpose of baptism especially when these traditional activities have been done in the rivers and streams of this nation since its founding.”

Well, the NPS started backtracking fast and pretty much immediately reversed the policy. They said they didn’t mean nothing by it.

Consider this one a trial balloon folks. It didn’t get much air under it this time. But next time and the time after that…

The federal government isn’t just going to wake up one day and call out the Brute squad on Christians. It’ll be much easier than that. They’ll just demand permits and hold hearings and then hire lawyers. That’s how they’ll make those Christians go away. Paperwork and lawyers. They might be more expensive than the brute squad but they’re more ruthless and effective.