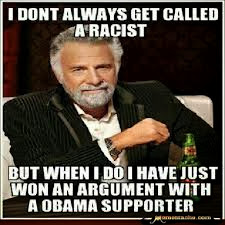 U.S. Secretary of Education Arne Duncan reportedly said on Friday that some of the opposition to the controversial Common Core State Standards is derived from wealthy white mothers upset to learn their children are not as bright as they thought.

According to the Washington Post, Duncan told a group of state schools superintendents he found it “fascinating” opposition comes from “white suburban moms who — all of a sudden — their child isn’t as brilliant as they thought they were and their school isn’t as good as they though they were.”

Look, I’m doing my research on Common Core. I’m not crazy about what I’m seeing. And I’m surprised that so many archdioceses have adopted the Common Core without truly knowing the details of it.

But I really don’t like the one size fits all standards across the country. That puts a few people in charge of what kids all across the country are learning. But if it’s so great why is it that those defending it resort to mocking opponents. And why does race play a role?

It just reminds me of the defenses of Obamacare we’d seen the past few years which essentially has people calling opponents racist. And now we see that those questioning the administration’s claims about Obamacare were correct all along. So now it’s the same with Common Core? If you question it, you’re a nutjob and likely a racist.

These outrageous statements from Duncan make me even more keen to research more about Common Core.