I Don’t Resolve Anything 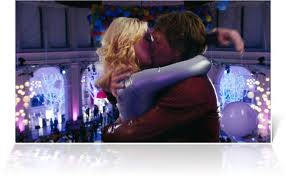 You know how you know New Year’s Eve stinks. Because there was a movie called “New Year’s Eve” and it had Jon Bon Jovi and Katherine Heigl in it. #nuff said.

I’ve decided not to declare any resolutions this year. Resolutions feel a little too official and I don’t have any parchment and my calligraphy skills are sorely lacking.

I think “resolution” almost has the word “resolve” in it and I don’t know where mine is. Seriously. I almost didn’t have the willpower to write this stinky post.

New Year’s Day is the only day anyone ever talks about “resolutions.” Nobody ever makes a “Resolution” on a random Tuesday, they just decide to do it. It’s called a whim on any other day. But on January 1st, it’s a resolution! Oooooh. Maybe if we called it a New Years Whim people wouldn’t feel so bad when they broke it. Think about it.

Why does New Year’s Day have to be all about scolding oneself? Everyone says I’m going to stop eating so much. I’m going to exercise. I’m going to stop drinking. Stop yelling. Stop spending so much. This is like the most negative holiday in the world. So why is everyone so excited about it? Hey, I’m gonna’ wear a funny hat and scream because this next year is gonna’ suck!!! Yay?

Why not have happier resolutions like “I’m going to make more fun of my brother.” Or “I’m going to hang more laundry on the tread climber” or “I’m going to order even more pizza.” Yes! Now then I’d get excited about New Year’s Day.

Anyway, why on earth should I resolve to do something on January 1st that I didn’t think was important enough to start on December 31st? I’m just going to try to do all the things I was trying to do before. They’re not exactly resolutions, they’re more like continuing resolutions. It’s less “I will” and more “I’ll try…but only on a commercial.”

Not exactly a rallying cry. A bit of an uncertain trumpet there. But I’m ok with that.

I do, however, encourage my kids to make resolutions because they’re young and making resolutions is how you find out how weak willed you actually are. And that’s a valuable lesson, isn’t it?