Pro-Abortion Website Declares “Cool Pope” Not So Cool After All 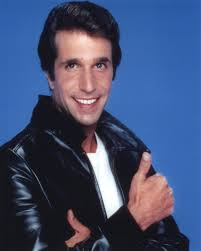 Jezebel, the pro-abortion website, is sad (sigh!) that Pope Francis turned out to be Catholic. The headline blares “‘Cool’ Pope Decries Abortion, Reminds Us Why Popes Are Not So Cool.”

I think if you’re not named Arthur Fonzarelli or 13 years old, you probably shouldn’t worry all that much about being cool. Just sayin’.

Oh, Pope Francis. We’re all trying so hard to be into you—despite the fact that you are the figurehead of a historically oppressive international corporation that shelters pedophiles, stigmatizes safe sex, and encourages the mass marginalization of women and gay people—so why don’t you just go all the way and really BE the progressive pope you’ve been cosplaying this whole time? Why do you have to get all POPEY on us with this anti-abortion shit? Hmph.

In his annual “state of the world” speech today, the pontiff explained that abortion is a “frightful” symptom of our culture’s widespread wastefulness. In other words, to callous modern women, terminating a pregnancy has exactly the same impact as throwing away a used Clorox wipe with a pube on it. Cool minimization of both the reasons why women seek abortions and the emotional repercussions of those decisions, bro! Apparently the only things unimportant enough to justify throwing away are women’s health, futures, and autonomy…

None of this is the least bit surprising (the pope is anti-abortion!!?!?!?!?!?!?), but the beautiful pipe dream of Cool Pope has been fun while it lasted. So thanks, Pope Francis, for the reminder that even the best pope is still a pope.

I know that many leftists are still kinda’ hoping that Pope Francis is pro-life in the way that Obama was for traditional marriage in 2008, which is to say -not at all. They’re hoping he’s just saying that human life is sacred is a ploy so we don’t freak out while he “brings the Church into the 21st century” or makes the Church cool. Or something.