Maybe God Knew What He Was Doing 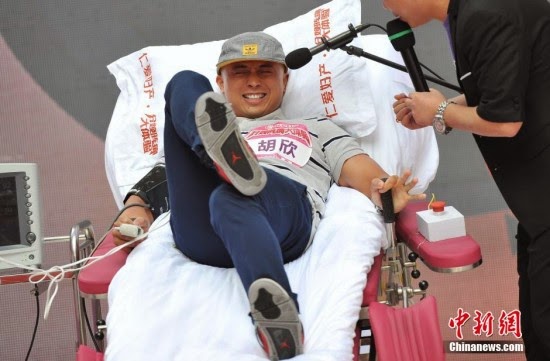 Hey, maybe God knows what’s He’s doing. I just read that China’s oldest mother, the one who had two twins through IVF when she was 60, says she’s too tired to take care of her children. Well duh. Yeah.

Sheng Hailin, 64, said in a recent interview that to support the children she has had to return to work as a health lecturer. The job, predictably, keeps her away from the children much of the time so she has been forced to hire nannies to care for the children. And because she’s so tired from work, she’s not up to taking care of them when she’s even home.

God’s plan for things seems pretty smart when you look at Sheng, doesn’t it? Young people have babies because young people are the only ones who can keep up with children. Children are essentially lunatics on a sugar-high. As we get older we like to sit more. We get tired.

Another example of God’s plan being kinda’ right after all is that this past Mother’s Day a game show had men suffer the pains of childbirth to see how they’d do. They were hooked up to a pain simulator otherwise known as a torture device that simulated the pains of child birth with electric shocks.