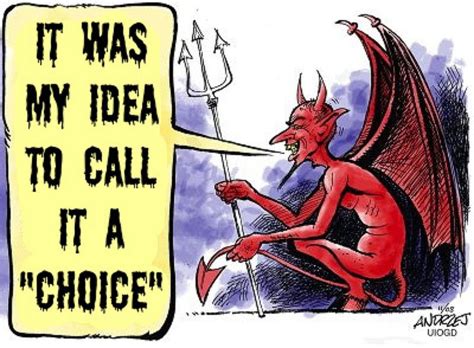 How much do satanists hate babies, huh? A woman who is a member of the Satanic Temple in Missouri sued all the way to the state Supreme Court for the right to abort her child without the burden of having to wait three days and reading a pamphlet. (Is Satan anti-reading?) Actually, she didn’t even have to read the tiny pamphlet, she literally just had to be handed the pamphlet but instead filed a lawsuit. I’m pretty sure there was probably some reading associated with filing a lawsuit but I didn’t read the briefs. (I’m waiting for the graphic novel.)

The woman, known as Mary Doe, argued to the court that the pamphlet (which, once again, she didn’t have to read) had scientific statements like, “life begins at conception” and that was somehow the state imposing the Christian religion on her. It’s actually just scientific fact but I understand that science you don’t like = religion.

She also was upset because she was offered a free ultrasound. Me? I thought a Satanist in evil standing would enjoy a free memento of her first child sacrifice, but I guess there’s no telling with illiterate anti-science Satanists nowadays.