Why Do Evangelicals Support Trump More Than Catholics? 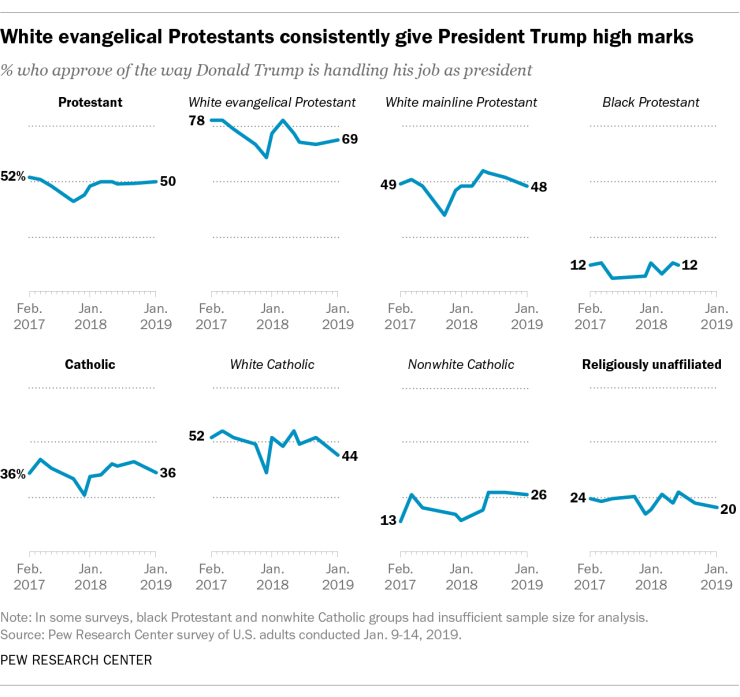 Evangelical approval of Trump remains high, according to new polling from Pew Research Center, but other religious groups, such as Catholics aren’t as supportive. Why? That’s a question worth asking but first let’s delve into the numbers a bit.

About 70 percent of white evangelical Protestants say they approve of the way Trump is handling his job. That number is actually a bit of a dip from his high earlier in his presidency but still very strong.

Trump’s approval among Catholics is starkly different and is now at 36 percent. But to be fair, let’s compare apples to apples.