Why Tiger Is More than a Sports Story 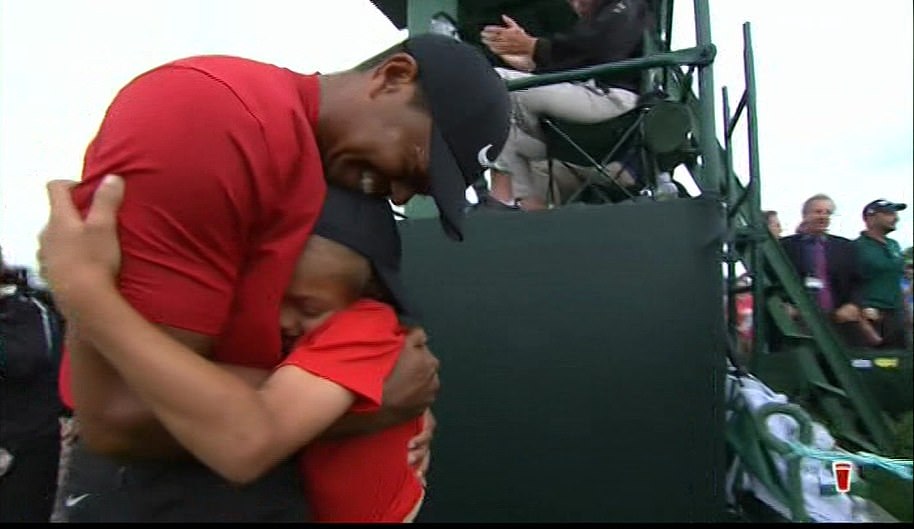 It was impossible to be on the sidelines of a pee-wee ballfield or sitting side court at your daughter’s basketball game Sunday and not talk about the feat of Tiger Woods claiming his first major title in 11 years. It was something more than sports. There was something beautiful about it.

In years past, Tiger was a man apart. He was a solitary hero whose wins were amazing yet somehow heartless. He was a man driven to perfection in one thing and one thing alone. His myopia led to athletic brilliance but the world outside of his intense gaze which sadly included even his wife, seemed of less interest to him. And we spectators were even further from his thoughts. On Sunday, Tiger, after sinking the last putt, smiled to the cheering crowd. He hugged his caddy and ran towards his son who jumped up to hug his father and wrap his arms and legs around him. The man in the red shirt hugged his son who had never seen him win a tournament.